Home What to see in the day in Friuli and its surroundings Bocche del Timavo: the resounding springs of the mysterious karst river
Facebook
WhatsApp
Pinterest
Twitter

Il river Timavo or Reka (Timavus in Latin, Reka or Timava or Timav in Slovenian, Timava in Croatian, Timâf in Friulian) is a karst river that flows between Croatia, Slovenia and Italy. It has its native source in Croatia where it is called Reka, which translates, simply, with the word "river", from a source of Valchiusi on the peak Turkove škulje of Monte Nevoso.

It is born silently in Croatia and then trespasses, after just a couple of kilometers, to Slovenia. It continues, then its course in the Val Malacca, in the Litoraneo Montana County of Croatia, crossing the Carso for about ninety kilometers before flowing loudly into the Adriatic sea on which it faces San Giovanni di Duino, in the province of Trieste.

The karst phenomena of the Timavo

It's a underground river silent and mysterious, that digs the stone and shapes itself on it deep down. It flows underground for 40 kilometers, without being seen. It moves from the Slovenian caves of San Canziano, silently crossing the Abyss of Trebiciano to resurface, as if by magic, in San Giovanni di Duino before finding its freedom in the mouth of the Gulf of Trieste after just two kilometers.

Technically, the Timavo is one of the most interesting karst phenomena Italians: no one knows what his real underground path is, which has never been identified with certainty because, as often happens with Karst rivers, the tracks and the direction of the waters change and change according to the rainfall of the different areas.

For its short journey of just 2 km in Italian territory, the Timavo has earned the title of river (with mouth at sea) shorter than the boot.

Even more commonly called Mouths of the Timavo, are the resurgences of the river in Italian territory near the town of San Giovanni di Duino, along the route between Duino and Monfalcone. A naturalistic area of ​​incredible interest for Earth Sciences, in the biological field and, last but not least, from a landscape point of view. Between the fauna the scavo bull of the Timavo, (Cottus scaturigo), a species in danger of extinction, endemic to the source of this river. There plant species of the place it is enchanting and unique: majestic poplars, ancient plane trees, severe cypresses surround the area of ​​the resurgents as if it were a sacred place.

And this is precisely how the river of mystery was interpreted and lived in ancient times. The mouths of the Timavo were, for the ancient Romans, a place of worship and spirituality in honor of Hercules, Diomedes, Saturn, the Spes Augusta and the god Temavus. From religion to literature, his mouths also impressed Tito Livio and Virgilio, who quoted him in three of his works (Ecl. 8, 6, Georg. III, 475 and Aen. I, 244.) Including the Aeneid in which he told of his 9 mouths.

"Antenore, escaped from the Achaeans, was able to enter the Illyrian gulf, push himself safely into the kingdom of the Liburnians and overcome the springs of the Timavo, which like a rushing sea erupts from the mountain through nine mouths with high noise and floods the fields with resonant water . "

The Mouths of the Timavo in History

In ancient times, in fact, the mouths of the karst river marked the eastern border between the Roman Empire and the Illyria populations still free from Roman domination. Even earlier, i Greek myths they narrate that Jason, at the head of the expedition of the Argonauts to the conquest of Golden Fleece, escaping from Colchis with the Golden Fleece, he managed to save himself with his argonauts climbing up the mouths of the Timavo in a daring manner.

Subsequently, in the fourth century, the advent of Christianity led the monks to build a very early chapel which, with successive enlargements over the centuries, became the Basilica of San Giovanni in Tuba. During the period of the Patriarchate of Aquileia, the Venetians at war against the Patriarchate itself, in the 1284 built an artificial island right in front of the mouth of the Timavo, on which the Castle of Belforte was built.

During the Habsburg rule, instead, the Timavo was used as a natural administrative border line between the Austrian coast and the Carniola, that is the historical macro-region located between Friuli, Styria, Carinthia, Croatia and Istria on which Slovenia was established. In fact, the historic capital of Carniola was Ljubljana, which today is the capital of Slovenia.

La World War I, instead, it recalls unspeakable massacres close to its resurgive, in a scar still sadly open and that always arouses a deep historical, cultural and conscience reflection.

Reaching the Timava resurgive for a tour of nature and culture is simple because the place is very well connected, especially by car along the national road 14, in the direction of Molfalcone. If you are thinking about how to organize your trip, I suggest you combine the visit of the Timavo karst phenomena with a wider overview. On your map we suggest to check also the Church of San Giovanni in Tuba (to visit the interiors, just make an appointment by contacting the Superintendency of Friuli Venezia Giulia at the phone number + 39 040 4261411) where, behind the modern altar, the remains of the early Christian imprint are still visible, in addition to the Romanesque reliquary pit. This contains sacred relics of Saints Stephen, Biagio, Giorgio, Lorenzo, Giovanni Evangelista and Giovanni Battista.

In addition to the Church and the thunderous mouth of the river (which speleologists can also admire through the wells of theabyss of Trebiciano), you could easily extend your visit by including the suggestive grotto of the Mitreo, an ancient and suggestive natural karst cavity, already known in pre-protohistoric times since the Neolithic, used throughout the Bronze Age and dedicated to the cult of the god Mitra. The path to reach it on foot will also show important archaeological hints of the Roman road that once connected Aquileia with Tergeste, still visible despite the centuries gone by.

At this visit, I suggest you devote at least half a day, before stopping to taste some gastronomic specialties of the place, deliciously imbued with a perfect and balanced contamination of Italian, German and Slavic flavors. Comfortable shoes and sportswear are recommended. Together with a good camera: the nature of this place knows how to offer emotions that deserve to be carried in the heart and immortalized forever in beautiful and unrepeatable images.

Always open (we recommend visiting during the day with light)

Attractions recommended by the locals 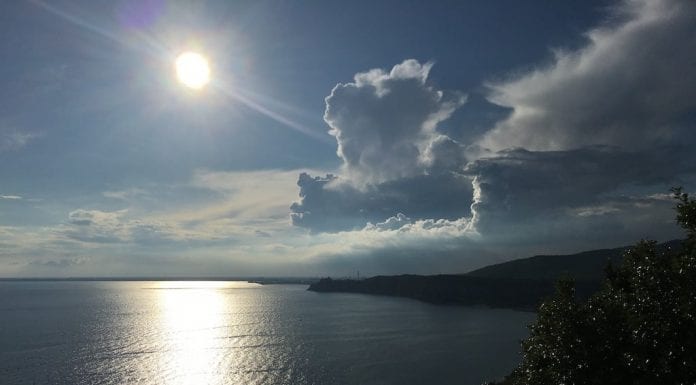 Umberto Saba | The statue in Trieste and its history

The JJ Winckelmann Museum of Antiquity: an exciting journey into ancient history

The Liberty of Trieste between austerity and floral motifs: a unicum in Italy

History of Trieste and its surroundings

The Maniero Duinese and the House of Torriani

The art of portraiture in Trieste: Giuseppe Tominz

James Joyce | the statue in Trieste and a bit of history

Welcome to the most complete online guide dedicated to the Friuli Venezia Giulia region, the first designed for both tourists and citizens of Friuli who really want to discover their territory.

An unprecedented journey made of centuries-old traditions, places of interest, local and important innovations to enhance one of the most fascinating areas of Italy.

A unique region, so far from commonplaces that it has not yet been sufficiently told.